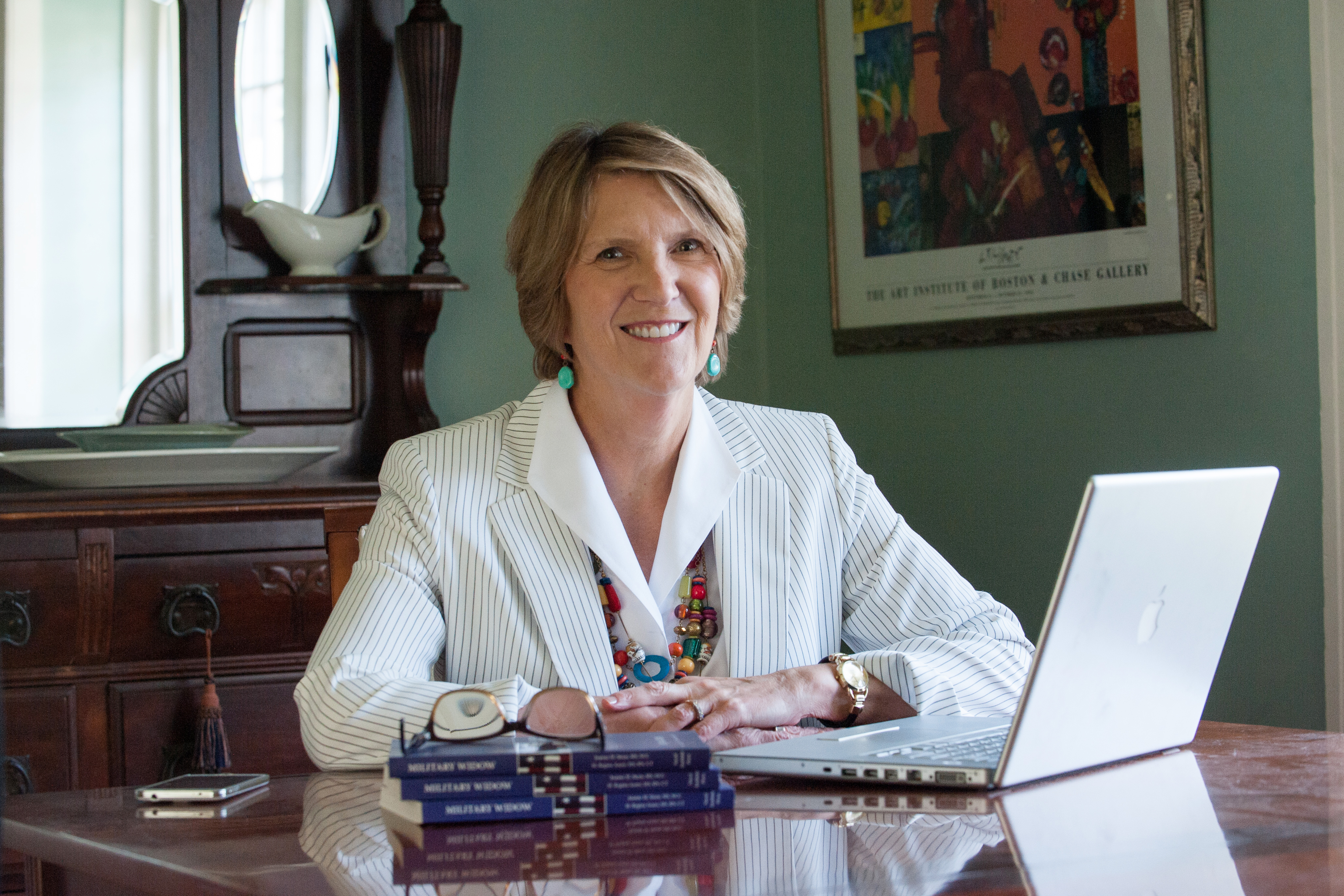 Joanne Steen is an accomplished speaker and presenter, and has delivered key-note speeches and professional training to audiences of 300+. With humor and warmth, she is skilled at presenting difficult topics in an easy-going, yet polished manner. She prefers audience-focused subjects, and customizes all speaking engagements to the needs of the audiences and hosting organizations. A few of her past speaking engagements have focused on:

I once had it all. A happy marriage to a handsome Navy pilot, an exciting engineering career, and a new home with a sunny bedroom that begged for a crib. But fate intervened one Friday afternoon. By the end of that god-awful day, I was a military widow. It was not an identity I sought or a lifestyle I chose.

Life does go on; it just goes on differently. Over time I changed careers, fell in- and out- of love, and after September 11 and the looming threat of war co-authored the book I longed for when my own husband was killed in the line of duty.  Military Widow: A Survival Guide (Naval Institute Press, 2006) was published at the height of the Iraq War.

While speaking at a military conference, a Gold Star mother asked when I was going to write a book for the parents of fallen service members. And so I did. We Regret to Inform You: A Survival Guide for Gold Star Parents and Those who Support Them will be released on Memorial Day 2019.

Fate wasn’t done with me. A chance encounter at the Post Office reconnected me with a pilot who once served with my late husband. Romance was in the air and we later married on an unusually snowy day in Norfolk, Va.

My husband Tom has the distinction of being in both my weddings.  First as an usher and later as the groom. Friends call us their favorite “repurposed” couple.